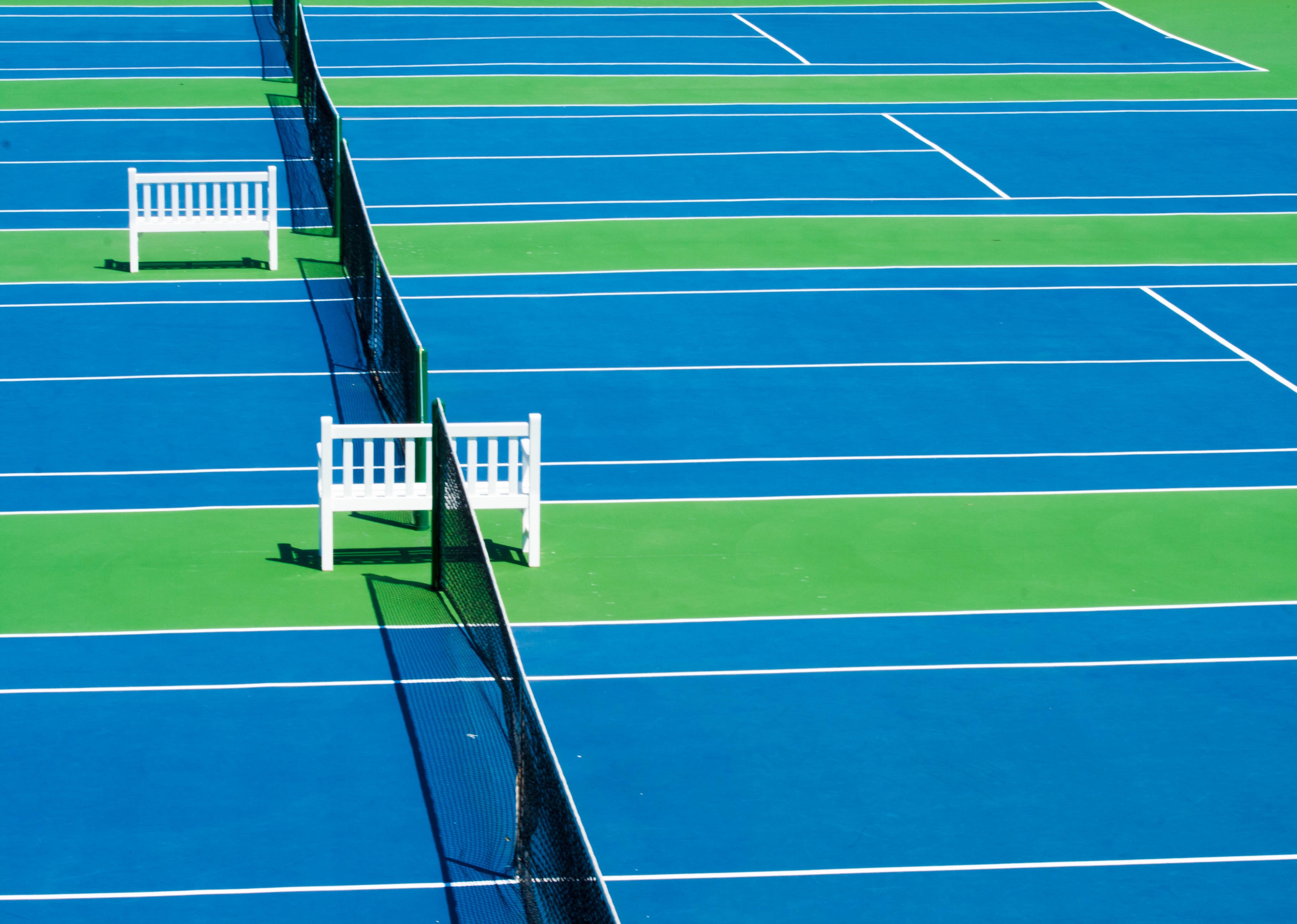 We all know about crunch time. At university it’s the 24 hours before that final exam. In business, it’s making sure that presentation is glistening and vibrant the night before meeting that new business acquisition possibility. In fitness, it’s your personal training hours between 7 and 10am. And in tennis, it’s the crunch on courts from 8am to about 10 or 10.30am on weekdays.

Crunch time is basically the same everywhere – those morning hours where each demographic of member wants to play. The older generation that gets up early might start it off with a 7 or 7.30am doubles game that has been in existence for the past 20 years. Next to arrive are the working parents at 7.30 or 8am who want to get a game and some exercise in before heading to the office for the morning. Young family parents usually arrive around 8.30 after dropping the kids off at camp or school and participate in a clinic or have their game. If you’re going to run out of courts, it’s going to be in these weekday morning hours. How do we motivate members to play at other times?

There are numerous methods in which to push member play to off-peak hours. We will investigate smaller methods and ideas before we look at a bigger, club-wide picture later in the article.

This is a fantastic, quick way to kill two birds with one stone. Members get irritated seeing non-members playing at peak times. Countless times I’ve had members ask me how many times a certain guest has played in a month or across a summer or year. Invariably, this is asked when the guest is playing at a peak time. When I was Director of Tennis in the Palm Beach county the biggest complaint I received was that the women’s teams played by league rule at 10am. Members would come up and say: “Mr. Pro, half of each court are non-members and we can’t get a court at 10!” This is something to keep in mind in looking at guest fees. Remember that team or leauge play does not add guest fee revenue to the club and members dislike that, especially if at peak times.

That being said, if you waive guest fees after 10.30 or 11am, this certainly pushes non-member play to later hours in the morning, which not only increases off-peak play, but also reduces the number of non-members playing during peak times thereby reducing member complaints.

I have always been an advocate of early bird lesson discounts. Most teaching professionals advocate early morning hours to get two or three hours in before the “regular” rush. We usually advise offering 15 to 20 percent off lessons taken at 6am or 7am. This also alleviates the private lesson crunch professionals get for lessons at 9 through 11am – hours which are inevitably booked. If a teaching professional can teach non-stop from 6 to 12 noon, he or she already has 6 hours under their belts by the middle of the day.

You can take this even further. If you have a over-subscribed clinic (cardio in many cases at 8am) why not discount a 7am cardio clinic a few dollars and see if you can alleviate some of the pressure by not only adding a second class but one at an off-peak time.

For indoor courts, moving just one clinic or one game 60 minutes later in the morning to 11am or to 2pm before school lets out and junior clinics start is a massive help, not only to court usage, but to defraying heating and lighting costs. Having play throughout the day adds revenue to an indoor facility while defraying costs across more hours of play.

On A Bigger Scale – Membership

My fellow director Christophe Delavaut, who is creating one of the leading tennis clubs at The Boulevard in Vero Beach FL, brought up with me the idea of non-team memberships for off-peak hours. Oftentimes, leauge play is at those peak hours and men and women simply join a club to play on a team. However, if you offer non-team packages, you can make these packages for off-peak hours only without leauge play. Or, you can offer league play but open play at only off-peak times. There are many ways you can affect court usage through different membership types.

One of my favorite methods of increasing off-peak usage is by scheduling practices or open play in conjunction with lunch.  If you schedule a team practice for your ladies at 9am, you are fighting for courts at which you and your team of pros would almost certainly have privates. In many cases team practices are mandatory or pre-charged. Why make them at peak times? If you schedule a team practice at 10.30 to finish at 12 noon, you have made an enormous difference to court usage freeing up 2 to 4 courts from 9 to 10.30am. And, the food and beverage director will thank you as many tennis team members will invariably filter over to lunch at that time of day following practice.

Be A “Club” Team Player

You can make your general manager even happier by combining incentives across club departments or working schedules with the Directors of Golf and Fitness.

For example, why not offer a discount on the club lunch menu for all court reservations made between 11 and 12.30 on weekdays? In this way, you incentivize members to play at an off-peak time while at the same time pushing them toward using another club department. If you have facilities such as a pool or lake, why not offer free guest passes for non-member tennis play after 11am so that the guest can use the pool or lake after their tennis game, again usually adding to the food and beverage department’s revenue.

You can work with the Director of Golf as well. Usually practice facilities, which can vary between a driving range, putting green or chipping areas, are not prone to such crunch times as a limited number of tennis courts. Why not offer a weekly dual clinic – golf from 9.15 to 10.15am with tennis following from 10.30 to 11.30am? Or create a TRX/Cardio Tennis Clinicio to start in a TRX studio at 10am for 45 minutes and moves to the tennis courts at 10.45 for cardio tennis? Using two club facilities in one clinic also cross-polinates club department usage.

Here at BeyondTheBaselines.com we have many other ideas as to how to build play and member usage during off-peak times. The above is just a smattering of incentives and programming possibilities to enhance your member experience and create more play on the courts and usage of the club as a whole throughout the day.

Ed Shanaphy is Director of Tennis at Sippican Tennis Club in Marion, MA and President of BeyondTheBaselines.com. Ed has been a finalist in the Ernst & Young’s Entreprenuer of the Year for Europe.