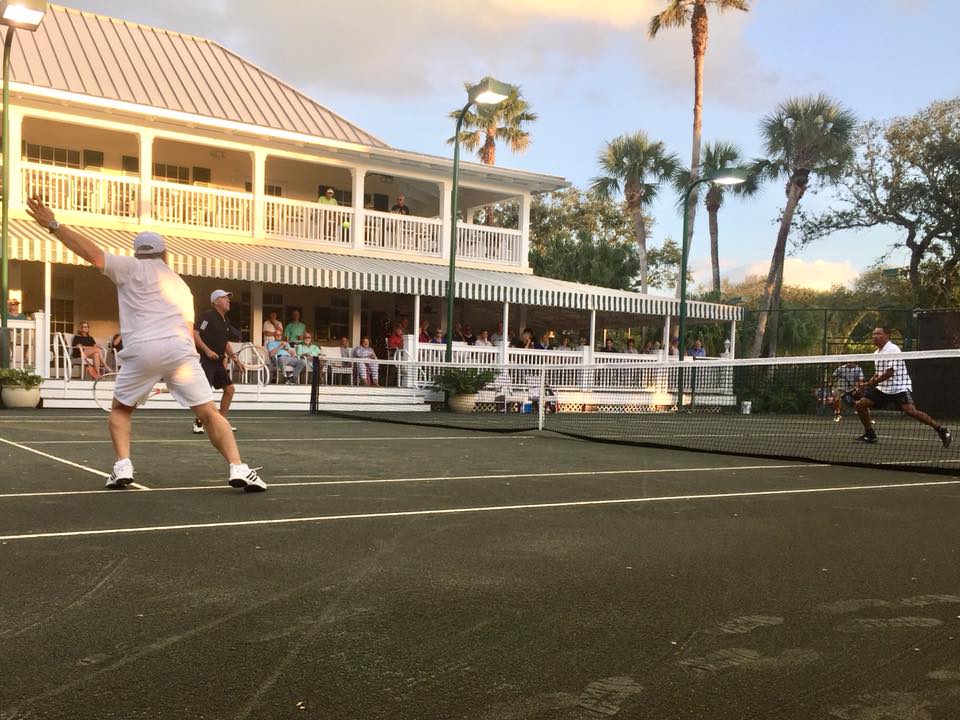 by Ed Shanaphy, Director of Tennis

Roger has just won his 20th Grand Slam singles title. Unreal. He’s perhaps the greatest singles player to ever walk on our planet. The accolades are sincere and worthy and it is a pleasure to watch his grace, athletism, and sportsmanship. He is a wonderful role model for younger players. But is he hurting the sport of tennis?

Roger’s entire career was focused and devised with the goal of winning and doing it wisely. He played fewer tournaments than most and, therefore, had fewer ranking points to defend to keep his number one or two spot in the world. Playing fewer tournaments often allowed him to be  healthier than his opponents over the two week fortnight of a slam. He arrived at most of his finals “fresh as a daisy” and having played fewer tournaments in the lead up to the slam, his legs were strong, sturdy and ready. His playing less over the years has allowed his longevity – he was always in it for the long haul and now his strategy is reaping its well-deserved reward.

His marketing and his brand awareness in the industry and media are second to none in all of sport. He’s a world icon leading tennis to new viewership and rating heights. He is an ambassador for our sport, and sport in general, to the world. I really like Roger. But is he hurting the sport of tennis?

Tennis faces many challenges, both new and old. Tennis has moved past the quiet halls of pretigious clubs and into the forefront of national television and “big money” sport. But there are new challenges. These past few years have seen Pickleball take off across the nation. In my hometown of Vero Beach, FL, we’ve seen the changeover of several park and recreation tennis courts to Pickleball. We’ve seen Padel rising up from a grass-roots level in Europe, with last month seeing the International Padel Days Conference in Madrid, Spain. The USPTA now offers a Padel certification. Pop Tennis is a craze in Europe and gaining strength here in the USA. Where will tennis fit in with all these new and vibrant variants?

As a Director of Tennis and having taught the gamut of students in the industry and looking at the tennis industry as a whole, I have one question that keeps recurring: Where else do all those that play a game revere an idol like Roger Federer who plays a different game? By this I mean, I have rarely taught a singles clinic. I rarely teach the heartiest fans of Roger – the men, but mostly, women who set their alarms for 3.30am this past week so as not to miss a point of one of his matches down under – singles. They all play doubles. They rarely, if ever, play singles. Yet, they are Federer’s biggest fans. I am left trying to find a similar situation in other sports.

I once read an essay by William S. Baring Gould about Sherlock Holmes and why a fictional character could have such a fantastic and worldly following as Sherlock. The essay attributed the fame of the greatest consulting detective to the reader actually putting himself or herself in the story. It was the reader who was actually sitting at the fireplace across from Watson. It was the reader who fell in love with Irene Adler. It was the reader who strolled across Whitehall to help solve the government’s issues of the days with treasonous spies.

I believe with the NFL, we do think of ourselves in a way of “making that play” with hands outstretched and two feet still inside the green. My daughter and I recreate it all the time in the backyard. Perhaps the juniors of today, who do play singles, do put themselves in Roger’s shoes and hold up the trophy in their minds as I did when I watched Laver and Connors. But ladies who play USTA doubles seem to be even bigger fans than the young guns I teach. It’s difficult to reconcile this fact.

Most of us can’t put ourselves in Roger’s storyline – most of us don’t play singles. With this said, Roger has possibly hurt doubles, and doubles is the game most of us USTA registered players play. Gone are the days when we waited to see John McEnroe come back out for an encore presentation playing doubles with Peter Fleming. Gone are the matches in which Martina Navratilova, having just won the singles championship the previous day, had to come back and play mixed doubles. We loved watching Stan Smith and Bob Lutz come back for more after playing their singles. Not too long ago, we had second chances to see Serena playing with her sister Venus long after they had both lost in the singles. Proof is in the pudding: The most watched match of the Laver Cup was when Roger and Rafa Nadal played doubles – was it the first time most of us had seen Roger play doubles? It was for me.

I am left wondering if Roger is really hurting tennis. We can’t see him do what we do when we hit a cross court lob over two players or open the middle with a dipping topspin winner between the two, clashing racquets of our opponents. He doesn’t play the same game – doubles. We spend hours on court talking doubles strategy with perhaps 95% of our lessons and clinics, and yet we turn on the television with reckless abandon at 3.30am to watch Roger play singles, a game we rarely teach to our students. We teach that one doesn’t really need a big serve in doubles, and yet we tune it to see Cilic and Federer ace it out.

Our challenge is to make Roger relevant to what we do at our clubs and parks and at the recreational level across all demographics. If we don’t accept this challenge as teachers and industry leaders, we will possibly soon see Pickleball courts replacing even more tennis courts in our public and private parks and clubs. Padel will be the new immigrant across our borders – no green card needed for a sport. No chain migration legislation can end a sport’s immigration to our shores.

Roger is a fantastic role model and that helps, but I worry that he’s making the game of doubles almost irrelevant to most of us and, in fact, might be hurting tennis down the road. I hope that those teachers and instructors, far wiser than I, find a way to make Roger relevant to all of us, and find ways to increase participation in the games of singles and doubles and, hence, grow participation in the sport of tennis.