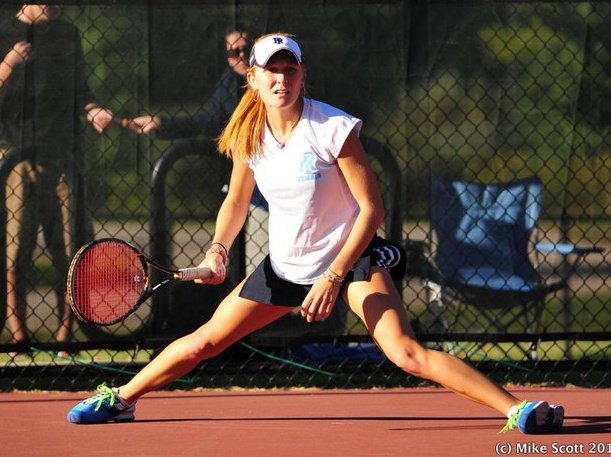 The fourth segment in our series: “Women in Tennis”

Avoiding the “type casting” of the female pro as “you’ve got the 10 and unders,” Christen Zawatsky has made her role a universal one. One of the leading junior development directors in all New England, Christen joins us at the BeyondTheBaselines.com podcast to discuss her many years at The Kingsbury Club outside Boston, Massachusetts where she is a revered coach for both adults and juniors.

Coaching from red ball through to high performance juniors and adults, Christen has no desire to coach the ladies teams but loves being a female in our industry. She has made her mark by proving herself either by serving that ace down the T to the adults or backing up her teaching methods consistently to her juniors, parents, and adult students.

From Arizona to Kalamazoo, from Boston to Oklahoma, Christen travels with her juniors to zonals and nationals and sees herself as a role model for all her students. Christen has supervised the fantastic progressions and advancements of many of her juniors. But she has also witnessed the toughest part of her job far too many times: Parents ruining a flourishing junior’s career.

Christen is creating and building a program of over 200 juniors around solid progressions and fitness. Shifting her high performance pathway to a program built around athleticism, she trains many students who haven’t played a second sport. As an Orange Theory fitness coach, Christen is combining her two loves and is creating a dynamic program in New England at Kingsbury.

Women don’t always accept women instructors, states Christen, but women students are not Christen’s favorite either. For the most part, she removed herself from most of the ladies practices and clinics. ” I just couldn’t deal with all the drama. Maybe it’s because the ladies wanted to share with a female pro, but with all the chatter Christen found herself asking: Are we still playing tennis here? “There are more battles with the women. With the men it’s easy – If they know you’re better than them, that’s all they need to know.”

With that said, Christen believes that women directors understand the membership better than male professionals and “concierge” the membership more effectively. Organizationally and in terms of management, Christen sees her female director and other female pros more understanding of members’ needs.

And in terms of women entering the industry? Christen says to all those females thinking of perhaps trying their hand as an instructor to give it a shot and think back to how you started as a young girl player. Christen finds it extremely rewarding with such moments as opening the mail one day and receiving a hand-made card from one of her young students during a Pandemic. “I love it when I see one of my youngest girls asking to take a photo with me and she’s a ‘mini me'” decked out in her junior LuLu Lemon outfit. “Be that role model you always dreamed of having as a coach when you were a young girl.”