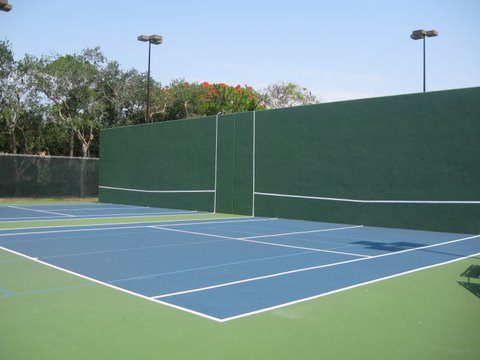 A group of us were pondered last week on a zoom call which was clearly monitored through the zoom security issue due to the nature and importance of the call. The question that had been posed: “Why has it been so long since an American man has won a Grand Slam.” The women have had Serena for years competing at the top. Although born in Russia, Sofia Kenin has adopted the USA as we have adopted her. Over the years, we’ve had Sloane Stephens and Venus Williams. But the men? Nothing since Andy Roddick lifted the US Open in 2003 – 17 years ago this summer.

In the group chatting on zoom was a renowned former Ivy League head tennis coach. And he said four words: “Bring Back The Wall. Well, guess what? Roger Federer did just that this week.

I’m not always the biggest Roger Federer fan, but this video, which has gone viral, done with Roger’s usual aplomb, has brought some humor and class to tennis during a pandemic. But it’s also brought back a tool that we often overlook. “Choose your hat wisely.” He threw out a challenge and the world of tennis and beyond has taken him up on it.

Fed’s twitter roll is now full of his fans – and fans of the game – doing the challenge in all kinds of hats. From Mexican sombreros to Irish caps, from sun hats to winter wool hats, people are finding a wall and volleying against a wall – any wall. From Rennae Stubbs to Lindsey Vonn, from Brad Gilbert to celebrities from the world of music, Roger’s fans and the fans of the game have taken him up on his #tennisathome challenge.

And that’s the beauty of the wall. As the college coach wisely said in the zoom call, “You can find a wall anywhere and you can do it by yourself.” In this day and age, that’s a recipe for greatness.

The Wall Is One Of Our Best Tools

The practice wall has always been around. With a line either curved to simulate a net, or a straight line marking 3 feet straight across, it’s been usually at the back of a club or facility, often with cracks in its facade and weeds growing at its base. Most practice walls remain largely forgotten and neglected. But in these times of self-quarantine and self-isolation, the wall has come back to the top of the charts. And now, Federer with his challenge, has made any wall a practice tool.

As a kid, I used the wall a lot. I grew up on clay courts, and the wall was on Court Six. It faced the back of the court, behind the baseline, on the South side. On the other side of the wall was a paved portion over grass in the shade. I used to like to test my skill on the hard surface in the Spring before high school practice started and then as the summer season started, I would spend more time on the clay side.

When I interviewed for a new summer position in 2016 and visited the club, I was struck by the size of the practice wall. I had never seen a bigger wall. Pavement on both sides, it rose above the clubhouse at the back to 18 feet in height. I thought it was an eyesore.

But the wall is a central meeting point for the juniors. Thanks to my predecessor who believed in the importance of practice on the wall, the juniors congregate and hit among each other on the wall, both before and after their scheduled clinic times. A morning ritual is a few of the juniors come down as the sun rises and the court maintenance folks are out preparing the clay for the day’s play. The juniors jump on the wall waiting for the grooming to finish.

This past week, with social distancing a part of our lives, I had several questions as to if members could use the wall. No one asked when the courts were being resurfaced – but because members are self-isolating – “Is the wall open?”

The Wall Can Free Up A Valuable Court

With court usage at its peak at 8am on weekdays – during our Tiny Tots and Little Little Tennis junior clinics – we often take the 2 to 6 year-olds onto the wall area to free up another court. We set up targets and obstacle courses focusing on the wall and using the wall to roll balls against or stop back swings for volleys. The wall also is a contained space, so ball pickup is that much quicker – a big factor to keeping both juniors and parents happy. And now with Roger showing off his skills at the wall, perhaps it will be more acceptable to the high-schoolers to drill on it during their clinic times.

The wall is really a two-fold drill sergeant. It allows the player to groove a swing, or in Roger’s challenge, groove a volley. But to hit against a wall, a player has to master control so that the bounce off the wall is manageable and playable. Time with the ball on the strings. The wall requires a player to create more time with the ball in contact with the strings which, in turn, creates the control needed to manage the shot so that the return off the wall is playable.

With all the pros and celebrities answering Roger’s challenge, the wall has become just what one college coach was hoping for – a training tool which had really been missing in the arsenal of American tennis at the grass roots level.

Ed Shanaphy is Director of Tennis at Sippican Tennis Club in Marion, Massachusetts, which has an enormous wall at the back of the clubhouse. It’s green just like Roger’s wall.